Are people happier after divorce? 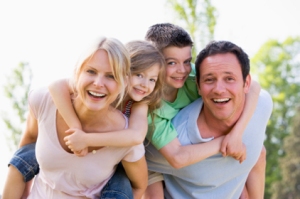 So often, when people feel trapped in an unhappy marriage, they think that their only option is to either continue suffering in a miserable home life, or to take the drastic step to get a divorce. When divorce is chosen, the initiating party typically reasons that he or she will be happier after the divorce. But how true is that reasoning? Are people actually any happier after divorce?

According to at least one study, headed by University of Chicago sociologist Linda Waite, 66% of unhappily married spouses who chose to “stick it out” and stay married, reported that just five years later their marriages returned to happy.

To find out how these once unhappily married spouses were able to restore happiness within the confines of marriage, researchers formed a focus group. They interviewed 55 of the formerly unhappy, but now happy, husbands and wives and found their responses could be organized into the following three approaches:

In the Marital Endurance group, when the couple (or at least one spouse) had reported being unhappy, they also were dealing with relatively situational types of problems. Examples include job loss, bankruptcy, parenting a troubled teenager, even infidelity, in some cases. With these couples, it was mostly the passage of time that allowed for much of the marital happiness, they had once known, to return.

In the Marital Work group, couples worked proactively together; they worked hard and took matters into their own hands. With the help of a couples’ counselor (e.g., a licensed clinical psychologist; licensed marriage and family therapist; or faith based counselor), or taking part in one or more marriage workshops, these couples successfully resuscitated their marriage’s happy side.

In the Personal Happiness group, the unhappy spouse worked with an individual therapist to get to the root of what was making him or her unhappy, assuming that it was not just the marital partnership that was causing his or her despondency. In these cases, improving one’s individual happiness, also improved the happiness of the marriage.

All this sounds like great news for anyone unhappily married, but not keen on the idea of divorce. And let’s face it, no one is actually keen on divorce! Essentially, even if you are unhappily married, sometimes simply “sticking it out” can make the bad times give way to much happier ones. And, when that isn’t enough, which it often isn’t, many couples still find great success at restoring their marital happiness through couples counseling, individual therapy, or some combination of both.