Military divorces present unique challenges and far-reaching ramifications for our clients.  This area of law is a complex mixture of several Federal and State statutes which are balanced against the servicemember spouse’s particular branch procedures and the standards and practices in your jurisdiction.  At Graine Mediation, we know the jargon, understand the issues, and are skilled at making sure that both parties have all the information they need in order to make the best settlement choices they can mutually agree upon for themselves and their children.

In this special, three-part blog post, we’ll try to demystify this process for you. 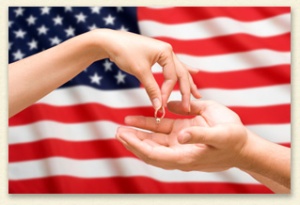 Unique Challenges: Military divorce cases present unique challenges in terms of spousal support.  Many military spouses have given up opportunities for career advancement in order to support the career of the servicemember spouse. Military spouses, too, often end up living in places where they do not have family resources (grandparents, aunts & uncles, etc), or choice in the cost of housing, etc.  This is common in Northern Virginia, an area that is targeted by many military families as a good place to send their children to school during the final years of the servicemember’s duty. For many military families, this plan was ideal when the marriage was intact, but many parents find Northern Virginia a very expensive place to raise a family post-divorce.  There is also the factor of health insurance for the non-servicemember spouse, which is a brand new expense for most military families, and perhaps vocational training/college for the former spouse in order to “catch up” in terms of career planning.

More Information: Otherwise, the factors for consideration in a military divorce are the same as those necessary in a fully civilian divorce.  For more information on spousal support in Virginia, generally, email Robin Graine (grainemediation@gmail.com) for an advance copy of her blog article “How is Spousal Support (Alimony) Calculated in Virginia?” (not yet published as of May 2013 on http://www.fairfaxdivorceblog.com)

In some instances, former military spouses are entitled to healthcare and certain other military benefits.  In other cases, they are not.  The rules are strictly military, and state courts have no say-so in determining whether a spouse will be permitted to retain her or his military benefits upon divorce.  The military rules follow:

Full Benefits (“20/20/20” Rule):  A former spouse of a servicemember is defined as a dependent, and therefore entitled to all military benefits and installation privileges, including medical, commissary, military exchanges (PX/BX), if the following criteria is met:

Transitional Benefits (“20/20/15” Rule):  A former spouse of a servicemember is defined as a dependent for purposes of military medical care only, and entitled to one year of transitional medical benefits (not other military benefits, such as commissary, PX/BX, etc.), when she or he does not meet the criteria for Full Benefits (above), but she or he meets the following lesser criteria:

No Dental; Tricare Standard: For both Full and Transitional Benefits, the health coverage is for medical only, not dental.  Also, unless the former spouse pays an annual premium of approximately $230, the coverage is the equivalent of Tricare Standard, not Tricare Prime.

Suspension Of Benefits: There are several fact patterns that will result in suspension of a former spouse’s military benefits post-divorce, including the following:

Not Considered Divisible Property, but appropriately considered in settlement: Many military servicemembers have access to the “Post 911 GI Bill.” For purposes of property division pursuant to a divorce, the GI Bill is not categorized as divisible property by the state courts. However, that does not mean that the potential benefits and value of the Post 9/11 GI Bill is not appropriately considered when mediating a divorce settlement.

This benefit provides up to 36 months of education benefits, which are generally payable for 15 years following your release from active duty.

What will the Post 9/11 GI Bill Pay For? Some of expenses that the Post-9/11 GI Bill will pay include:

Moreover, any such transfer must be requested and approved while the member is still in the Armed Forces.

Servicemembers may transfer their Post 9/11 GI Bill to one or more of their children and spouse, or any combination of those people.

Very importantly, too, the military rules state that the servicemember who transfers the Post 9/11 GI Bill to a family member retains the right to revoke or modify the transfer at any time.

This entry was posted on Thursday, May 16th, 2013 at 2:00 pm and is filed under divorce. You can follow any responses to this entry through the RSS 2.0 feed. You can leave a response, or trackback from your own site.