Divorce Rates at Lowest Level; but So Are Marriages

Though it may seem that everyone you know is getting a divorce, the divorce rate has actually declined by 23% since 1970! 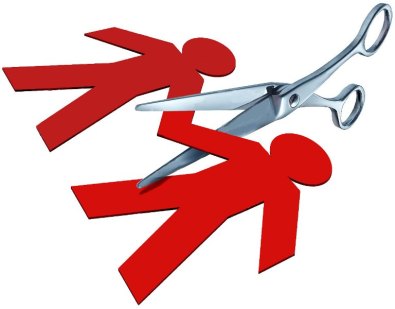 Married couples do not get along better than they used to . . . couples simply skip the marriage step and head right to parenthood.

If there is no marriage, of course, there does not need to be a divorce. When asked about the declining divorce rate, Wendy D. Manning, co-director of the NCFMR, clarified that “I think it is important to consider that the marriage rate is also declining so there are fewer men and women marrying.” https://www.bgsu.edu/ncfmr.html

However, just because a mom and dad do not get married, does not mean that they do not have a relationship, live together, parent together and, from the child’s perspective, enjoy a family life together just like their married counterparts.

“Living together” can have devastating financial consequences to families when mom and dad break up.

From my perspective as a family mediator, parental break-ups – without the “benefit” of divorce —  mean that the children born of those relationships will suffer through the same repercussions as do children whose divorcing parents were married – but without many of the financial protections that are built into the divorce process.

Often times, parents have spent many years building a life together.  However, unless they are married, there will be very little financial protection for the economic life that they built as a couple.  If both parents are working and make a good living, this is not always the end of the world. But, in those cases where the mom or dad is a stay-at-home parent, such a break-up can be financially devastating to that parent and child.

What is stopping couples from getting married today?

From everything that I have seen over the 14 years that I have worked with countless families in my practice as a divorce mediator, divorce lawyer and family court hearing officer, unless both parties have at least a bachelor’s degree and some money in the bank—or at least access to money—couples are often choosing to not get married in the first place. The traditional “family order” is being reversed at an increasing rate: Kids are being born first; mom and dad may or may not decide to get married in the future; and mom and dad may or may not live together, without tying the knot.  This has become the norm.

Are miserable married couples staying together in greater numbers than they used to?

Though the statistics are not completely clear, it seems that couples are trying harder to stay together.  In my mediation practice, the vast majority of clients have done of everything in their power to stay together before they make the decision to divorce.

It is not only expensive to get divorced, but it is incredibly costly to maintain two independent households on less money than the couple originally had when they were maintaining only one.   Most couples know this and, for the most part, would rather see their hard earned money and savings be used for their children and building a new life for themselves, rather than disappearing into the pockets of their divorce lawyers.

If divorce is impossible to avoid, settling with a mediator is a much less expensive and emotionally damaging experience than litigating with a divorce lawyer.  Mediation is also an excellent settlement choice for unmarried parents who are working on custody and child support issues.