What You Need to Know About Divorce Mediation

This 1-1/2 minute video will give you the basic information you need to get started in divorce mediation.  Take a look and share it with a friend who is thinking about divorce. Mediation with a lawyer-mediator is truly the sensible alternative to divorce litigation.

Attention Deficit [Hyperactivity] Disorder—ADD and ADHD—is an issue that affects people of all ages, not just school-aged children. When it is undiagnosed in an adult, it can lead to relationship and marital strife. Often, an undiagnosed adult will seem flakey, unreliable, and forgetful, causing the non-ADHD partner to slowly build resentment toward the other, and become the “nagging” presence in a relationship. 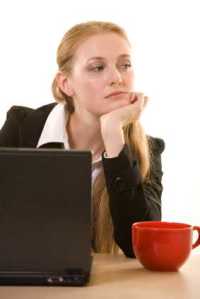 “Chronic distraction is one of the hallmarks of ADHD, and it results in numerous behaviors that are just plain bad for your relationship: not paying attention to your partner; not focusing on chores long enough to get them done; not remembering things you committed to or that are important to the couple, and more. The result is that the ADHD partner who is not actively managing ADHD symptoms is an unreliable mate,”[1] Melissa Orlov writes in her blog series about adult ADHD for Psychology Today. Orlov is an expert in the field, having released two books on the subject: “The ADHD Effect on Marriage” and “The Couple’s Guide to Thriving With ADHD.”

Orlov explains why it can take so long for these issues to creep up in a relationship. In the beginning of a relationship, both partners are being bombarded internally by dopamine, which increases one’s ability to hyper-focus on the other person. Those dopamine levels are the source of the infatuation phase of a relationship. “But the raised levels of dopamine wear off,” she writes, “Often somewhere around 20-24 months into the relationship, leaving the ADHD partner with the lower-than-normal levels of dopamine and other neurotransmitters that typify ADHD.”

This sudden drop in dopamine can make the non-ADHD partner feel like the other person has changed into someone who is inattentive and uncaring. This can often spell disaster for the relationship.

“As long as the ADHD remains untreated or undertreated, these patterns can leave both partners unhappy, lonely, and feeling overwhelmed by their relationship,” Orlov writes. However, if a diagnosis is sought, both partners can better understand the cause of their relationship turmoil. The person with ADHD can manage it with medication and other coping mechanisms suggested by a doctor, and the non-ADHD partner can grow to understand that the behaviors they once saw as proof of indifference are actually symptoms of a manageable mental health issue.

Naturally, the mere diagnosis of ADHD will not cure a relationship of issues; it is not a magic fix. Depending on the state of the relationship, marriage counseling can be helpful in unpacking any problems that have built up. The non-ADHD partner may need help in letting go of resentments against the other. Orlov suggests moving forward after a diagnosis of ADHD using these steps:

Adult ADHD does not need to be a divorce sentence for a relationship. There are plenty of ways to cope and work with the other person, if both are willing to put in the time and effort. If any of this sounds just a bit too familiar, please take the time to get tested (or encourage your partner to be tested) for ADHD. It may not be your—or their—fault after all. Ignoring the issue, however, would be.